Since the invention of the telephone back in the late 1800’s, life has not been the same. It has brought people closer and made the world smaller. Making phone calls is now part of our everyday life, and with the introduction of Smart Phones, our phones are attached to us 24/7, acting as a portable mini-computer.

However, life was not always as accessible as it is now…

Invention of the Telephone

Although Alexander Graham Bell is the person we all associate with the invention of the telephone, there were a number of pioneers who developed patents too. However, it was Mr Bell who was considered the ‘inventor’ when in 1876 he submitted his patent for ‘apparatus for transmitting vocal or other sounds telegraphically’. Have a look at his sketch from the same year describing his first successful experiment with the telephone. 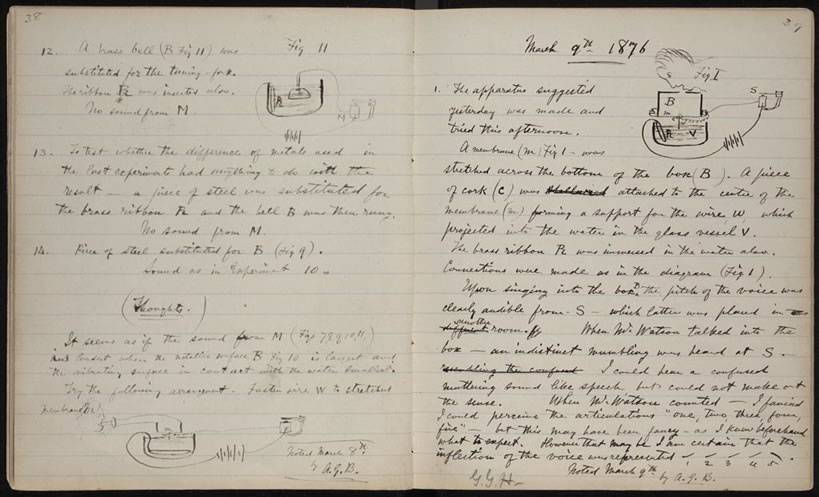 The now infamous words that Bell first spoke to his assistant, Thomas Watson, on the telephone were “Mr Watson, come here, I want to see you”.

Shortly after the invention of the telephone, the idea for the first telephone exchange came from an Hungarian engineer called Tivadar Puskas.  Also in 1876, while he was working alongside Thomas Edison, Puskas refocused his thinking into an exchange once Bell has received his patent for the phone. Did you know that it was the Hungarian word hallom for ‘I hear you’ that may have been used in the first telephone conversation? It is also considered that hallom may have been shortened and is now the modern day greeting of ‘hello’!

Various other switchboard systems were introduced over the coming years, including the plug board system, (see photo below)  the ringdown method and the stepping switches – which would later become the linefinder with the latter system using the crossbar technology.

Our dedicated and professional call takers are trained to get it ‘Right First Time’, and ensure that your business is not compromised by ensuring they are knowledgeable on your service and line of work.

Face For Business uses a Caller ID system together with a PA portal that allows our PA’s to capture information about your caller, including their number, name and company details. This information is saved to your own company’s address book that Face For Business manage for you, also giving you full access to the portal and all the information we receive and capture.